Claire Galbourdin is a talented emerging director who lives and works in France and Australia. She graduated from La Sorbonne with a Master’s degree in film studies.

Claire worked at the Paris-based production company De Films en Aiguille where she was involved in various documentary projects including Free Angela and all political prisoners that screened at the Toronto Film Festival in 2012, Naître Père released in April 2013 in France and the documentary series The Quest of Winds aired on Voyage, Ushuaïa TV and Planète.

She has always nourished a special interest for Australian screen stories writing her thesis around Peter Weir’s Picnic at Hanging Rock and volunteering two years for the Antipodean film festival in St Tropez. This passion brought her to Australia where she has lived during one year and a half on the Working Holiday Visa.

In 2013 Claire has developed “Working Holiday Confessions” inspired by her meeting with the producer/director Ana Tiwary and by all the backpackers she met. 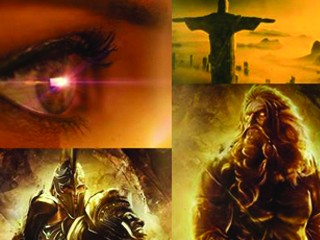 An ABC Documentary for “Compass” about… ‘Sunshine & Shade’ is an observational documentary…