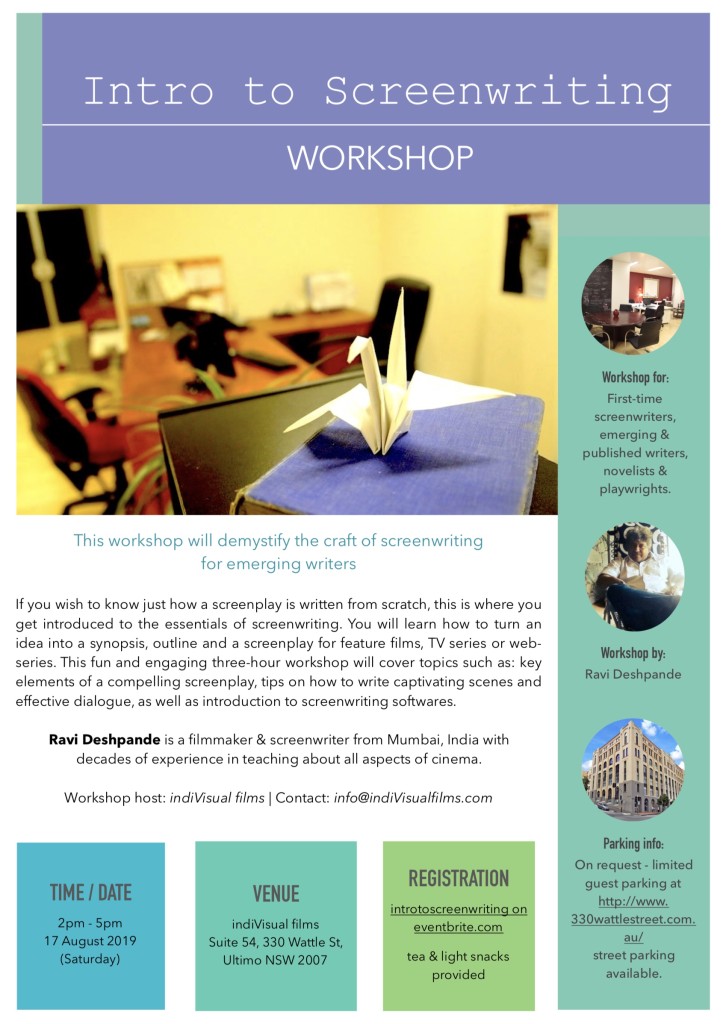 0
By Indiefilm Posted on November 30, 2015 in HUB, Uncategorized indiVisual films are excited to be launching a demo of ‘The Flying Elephant’ project at the AR/VR Meetup group in Sydney tonight! 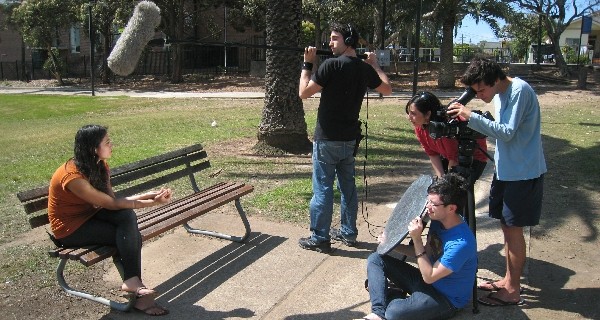 2012 is already proving itself to be a great year for South Asian cinema internationally. With a record presence at the Cannes, Berlin and Toronto Film Festivals.. Parramasala will showcase dynamic South Asian cinema as part of the vibrant independent film program presented over three days of this year’s festival. THE director of a new documentary on Indian students in Australia believes this country is wasting their talents.

MENTOR OF THE YEAR AWARD 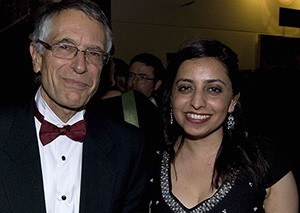 The belief Sheinberg invested in Spielberg is not an isolated incident. For those working in the film and television industry, a supportive and influential mentor is probably the reason you’re here today. They are someone who recognised your unique talent, believed in you, and helped you break into the notoriously difficult industry of film and TV.

Each year, mentors give thousands of unpaid hours of guidance to emerging filmmakers across a broad scope of disciplines, including directing, writing, producing, cinematography, composing, production designing, or editing. Their support goes largely unrecognised. Until now.

In an Australian first, Indie Gems is shining the spotlight back onto Australian mentors with the 2012 inaugural Mentor of the Year Award. The Award is an opportunity for mentees to publically recognise and honour their mentors.

The inaugural 2012 Mentor of the Year Award goes to TOM ZUBRYCKI.

“I find mentoring incredibly rewarding. It’s the knowledge that you’re passing on a skill-set to the next generation of filmmakers and nurturing some really great talent” explains Tom.

Tom was nominated by Sydney based filmmaker Ana Tiwary.

“Tom has been mentoring me for a couple of years and he has been incredibly generous with his time and advice. Over the years, Tom has mentored formally as well as informally several emerging documentary filmmakers and given them the practical guidance needed to enter an industry that creates very few opportunities for young filmmakers. I am thrilled that he has been awarded the inaugural Indie Gems ‘Mentor of the Year’ Award and thank Titan View for creating this important award to acknowledge the wonderful mentors in the screen industry.”

Ana Tiwary is a Sydney based filmmaker and owner of ‘inDiVisual films’. She is currently in post-production of her documentary ‘Sunshine & Shade’ and is being mentored by Tom Zubrycki.

Congratulations to Tom from the Indie Gems Team

Tiwary gets NSW woman of the year nom

Women in Film and Television NSW congratulates management committee member, Ana Tiwary on being a finalist for the NSW Woman of the Year Award.

She is the first woman from the Film and Television industry to be short-listed for this prestigious award. The NSW Woman of the Year Award is about recognising the work of an outstanding woman, who can represent all the talented women who give their time and experience to other women and their communities in NSW. The Award recipient will be announced at the Premier’s Reception for International Women’s Day on Thursday, March 5 2009.

Ana Tiwary is Vice President of Women in Film and Television NSW and has established the successful and popular Media Mentorship for Women (MMW) program, which enables one to one relationships between industry professionals and emerging female filmmakers in order to create a supportive community and improve the status of women in the industry.

Latest statistics on the Screen Australia website reveal that in many technical areas, the number of women working dropped between 1996 and 2006. For example the number of women Editors dropped from 26% to 23% and women Sound Technicians reduced from 15% to 10%. The numbers of women Directors (24%), Technical Directors (10%), Directors of Photography (6%), Camera Operators (5%), and Lighting Technicians (9%) have not significantly increased. President of WIFT NSW, Lindy Monson states that “Women are under-represented in most areas of filmmaking. This remains not only a matter of equal employment opportunity but also impacts on the way stories are told on screen.”

Before immigrating to Australia in 2007, Ana travelled around the world making films to support numerous charity organisations, giving a voice to the powerless and telling untold stories. A passionate filmmaker, Ana has made a film about the Women’s Peace Movement in war-torn Liberia and the election of the World’s first Black Woman President. From interviewing World Leaders to filming in Bombay slums, from National Geographic Channel to ‘Bollywood’, Ana continues to work on some very challenging projects. Ana holds double masters in English Literature and Film Production from the American University, Washington DC.

Ana says, “When I first moved to Australia, I did not how and where to start. I joined WIFT NSW and started volunteering as Technical Director for the WOW Film Festival. A speech by Tania Chambers (CEO, NSW Film and TV Office) inspired me to launch the Mentorship program.” In Round 1, 75 women were accepted into the program and 38 have been successfully matched with mentors in 10 different technical areas. Mentorship Round 2 has already attracted 77 applications and the matching process has begun. Talking about the popularity and interest the program has generated Ana adds, “The success of the program shows that there is a definite need for mentorship opportunities in the Media industry. I am absolutely amazed by the support the NSW Government, Private Sponsors, Industry Partners and our wonderful Mentors have given to the program.” The Media Mentorship for Women program is attempting to create a nurturing, warm and supportive atmosphere in which women filmmakers can thrive.

While announcing the State’s top-ten women, NSW Minister for Women, Hon. Verity Firth, said “The NSW Woman of the Year Award recognises the achievements of women and the leadership they provide as positive role models, particularly to younger women”.

Mentorship Coordinator, Heaven Muecke has worked closely with Ana in making the program a success. She states, “Ana’s desire is to create a community in which women support each other as well as improving the status of women in the Film & Television industries, which has continued to decline in the last ten years. Her passion, commitment and generous spirit is outstanding and worthy of recognition, she inspires me to dream big.”

Ana feels honoured and energised by being short listed for the 2009 NSW Woman of the Year Award. She is herself inspired by the incredible role-models she has met in Australia – Hon. Virginia Judge, Hon. Verity Firth, Wendy McCarthy, Rosemary Blight, Debra Richards, Sonia Borella, Jane Roscoe, Jan Chapman, Heidi Tobin, Katrina Southon and her guide and mentor Tania Chambers.

Women in Film and Television NSW are also holding events in Sydney on Thursday 5th and Friday 6th of March to celebrate International Women’s Day. WIFT NSW will be screening an Australian Short Film Showcase on Thursday 5th March 2009, at 12.30 pm in the Parliament House Theatrette at NSW Parliament House, with an opening address by Hon. Verity Firth MP, NSW Minister for Women & Minister for Education & Training. The Australian Short Film Showcase includes three stimulating short films, both fiction and documentary, from the World of Women – 15th WOW Film Festival highlighting the diversity of Australian shorts made by women.